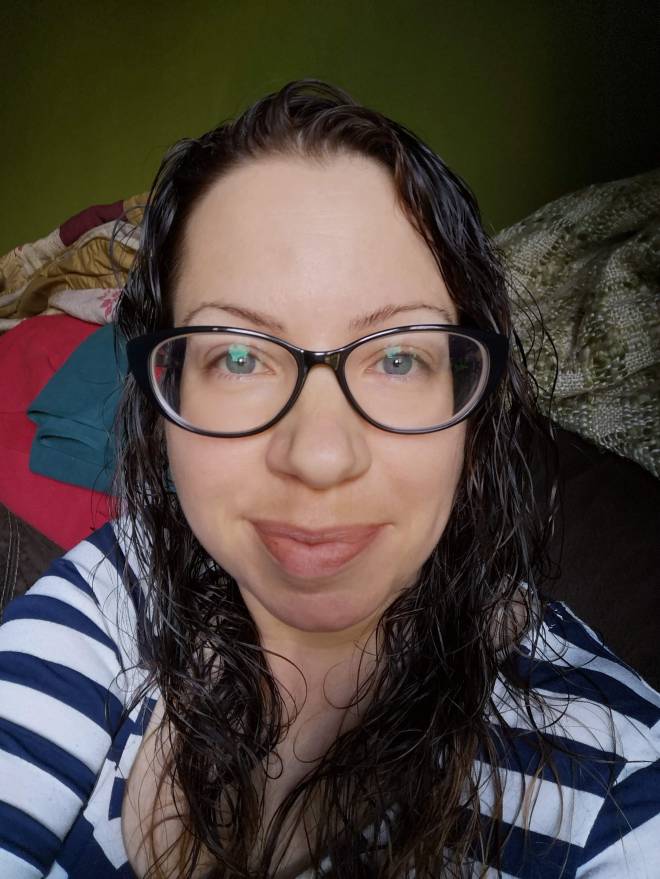 A weekly diary of a girl with Ehlers-Danlos Syndrome living her life as best she can. This week, physiotherapists that actually listen and the Curly Girl method.

Monday – I had a doctor’s appointment about my spine (you can read about my symptoms on Instagram). The problem I have with GP’s in my area is that they don’t want to deal with me at all, they’re really rushed and they don’t spend the time and care to even listen to you, so my appointment wasn’t great. In and out in under 5 minutes and all I got was sent for an x-ray and given a phone number to call the musculoskeletal unit.

Tuesday – I went for my x-ray but I won’t get results for a week, which I will have to chase.

Wednesday – I phoned the musculoskeletal unit, I knew that I wouldn’t be seen for over a month, which is ridiculous when you’re having real bad back problems but I phoned them to show I was playing the game. Luckily there was a cancellation so I actually got to see them on the Friday

Thursday – An eye tests on my dodgy eyes.

Friday – I went in for my appointment. As usual I was seen by a physiotherapist which is how the unit works. Now I have a personal hatred for physiotherapist because (and this is based on ones in my area) they are always in training, you’ll never get somebody senior, they also don’t understand my illnesses and they often do more harm than good. Despite their ignorance they can be extremely arrogant, they do not listen and won’t believe that I know more about my illness than they do. So I went into the appointment feeling a bit jaded.

I met with the lovely Amy (only been a physio for 12 weeks) who actually listened to all of my issues and admitted she didn’t know what Ehlers-Danlos syndrome was and seemed genuinely horrified. We went through a very long assessment but she realised this was too complicated for her and so she got her manager in to assess me.

Owen walks in and asked me the same questions all over again but in a speedier fashion. I was thinking this wasn’t going to go well at all because in the past, male physiotherapist that I’ve seen are really dismissive of females. They often don’t believe what I’m saying and think they know best and their answer to all of my issues is to exercise more which has previously done a lot of damage to me.

But Owen finished up his questions and instantly said he was referring me to someone even more senior. I thought this would mean months of waiting but he said nope you’re next and I was called in to see the wonderful Hannah.

I think she was a specialist physio or even some sort of doctor but whatever her official term was, she was EPIC!!!!!

Hannah had previously worked in Stanmore hospital which has its own hypermobility clinic that deals with Ehlers-Danlos syndrome and she knew her stuff. She knew exactly what it was, how bad it was and that it causes a lot of weird symptoms. We just and a nice relaxed chat about it. The thing I really loved was, when I mentioned I’m really struggling with my hearing, she did the most wonderful thing I’ve ever seen, she Googled it! It was so refreshing that she owned up to a gap in her knowledge and googled it. I wish more professionals did this.

So we went through all my symptoms and she explained that all of it was most probably caused by my Ehlers-danlos and not by a trapped nerve as I had thought. She admitted that this little unit couldn’t deal with my problems because she thought I would need specialists who deal with Ehlers-danlos syndrome spine and brain issues. They were only set up for normal people’s back pains. But until I could see a specialist (the wait continues) she would order MRIs for me to rule out the normal stuff and in case there is any imminent danger. I presented with some symptoms of Caudia Equina syndrome so she also gave me a card to call the spine specialist emergency team in case symptoms worsen.

She also gave me a quick physical check. She announced I was the most hypermobile person she had ever seen (yay?) She said in no uncertain terms that I’ve got POTS and that needs a specialist diagnosis too. And also she couldn’t believe how soft my skin was and joked she could make a fortune if she could bottle it somehow. It was nice to have a laugh with her. It was nice just to be treated like a human, an equal and not rush me in anyway. I will see her again in 8 weeks with hopefully the MRI results and I’m looking forward to it. Isn’t that weird? But so often no one knows anything about my illnesses and has no time for me.

Saturday – Now onto non medical stuff. This week I have begun the curly girl method in the hope it will rejuvenate my hair after years of abuse ( the photo is of me after my first wash). I’m excited and nervous but I know I have a long road ahead of bad hair before it gets better.